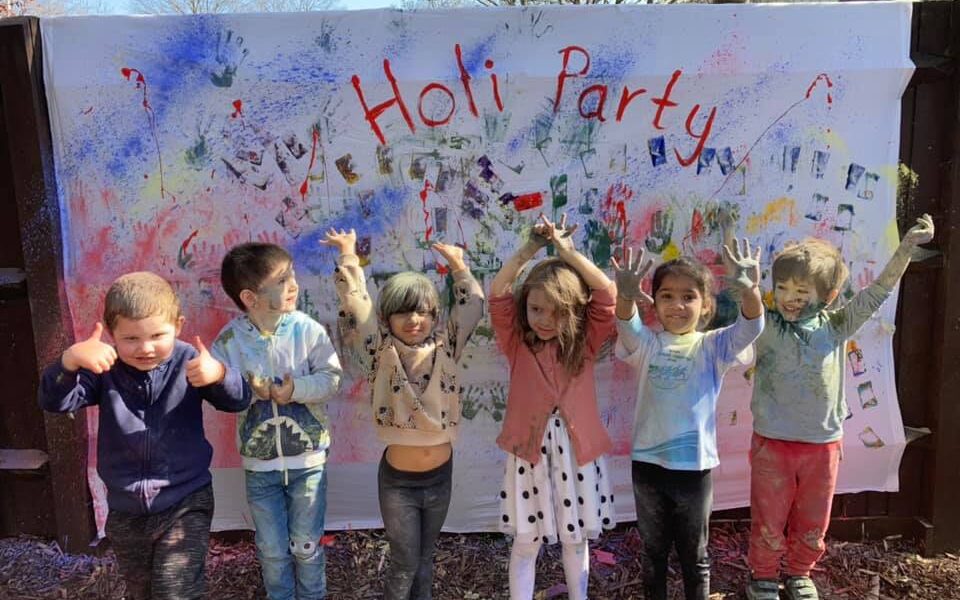 Holi is a Hindu festival that celebrates spring, love, new life and the Hindu God Krishna and the legend of Holika and Prahlad. Holi also known as the ‘festival of colours’ is a colourful festival in which people throw powder paint and coloured water at one another whilst singing and dancing. This year Holi was celebrated on the 28th to the 29th March.

On the 30th March the children and staff at Twizzle Tops Day Nursery Wembley celebrated Holi, this event included activities such as foam paint buckets with sponges in which the children used to get messy or to decorate our Happy Holi banner, coloured play dough stations where the children were given many play dough cutters to create anything they pleased and paint buckets with flowers to make pretty colourful flower shaped prints, there were also loads of powder paint plates placed around the garden that the children and staff could grab in order to throw powder paint at each other!

This event allowed children to work on their understanding of the world, expressive arts and design, and their physical development. These areas are vital for early childhood development as they get to learn and have an understanding of different cultures even if it’s a small part of the culture they’re learning. Physical development allows a child explore their environment with independence and confidence, whilst expressive art and design allows them to express how they feel and what they see through art rather than verbally communicating it. What a colourful day we’ve had celebrating Holi!