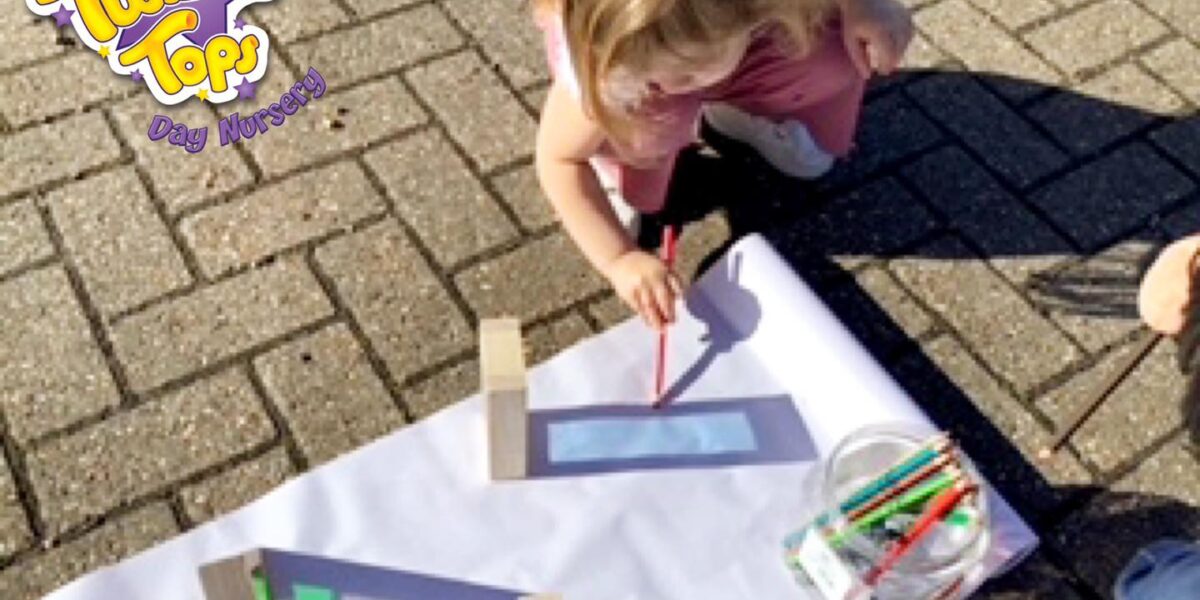 It’s been a wonderful start to Twizzle Tops Cambridge, hearing the laughter and constant chatter of children is what makes everyday a great day to be in childcare.

The Puddle Jump was a huge success for both the nursery and Magic Makers charity. As a nursery, we raised £300, and as a company we raised over £1,500! Thank you so much for all your kind donations.

It’s been a contrast in weather during February, the snow brought lots of excitement among the children, and we had great fun playing in the snow and building snowmen. They were also interested in how water turns to ice, so we made nature ice globes, leaving their creations outside over night to freeze. The children were fascinated with their frozen creations and the wealth of new vocabulary that the children used was impressive! We had everything from “solid”, and “frozen”, to “icicles” and “really cold”.

Last week the sun was shining, and the children were interested in shadows and their own silhouettes. We used the outdoor garden area to draw around different objects and draw around each other.